The SLA system makes use of 'Traffic Lights'. You could consider traffic lights to be similar to the 'status' of a form, but one which is only ever controlled automatically.
SLA is used for counting passing time, and assisting in automatic changes based off those times.
For example: A newly submitted ticket could have a traffic light status of "Within SLA". After 5 hours, I want the traffic light to change to "Out of SLA".

Start by creating some traffic lights. Under the traffic lights tab, click the Add button and choose a label and a color.
A simple example is to create one for within, and one out of, SLA:

Next head to the SLA rules tab.

Here you will use field condition sets to determine when a traffic light change should occur.
Take a look at this example, from an Infocapture project for submitting IT support tickets: 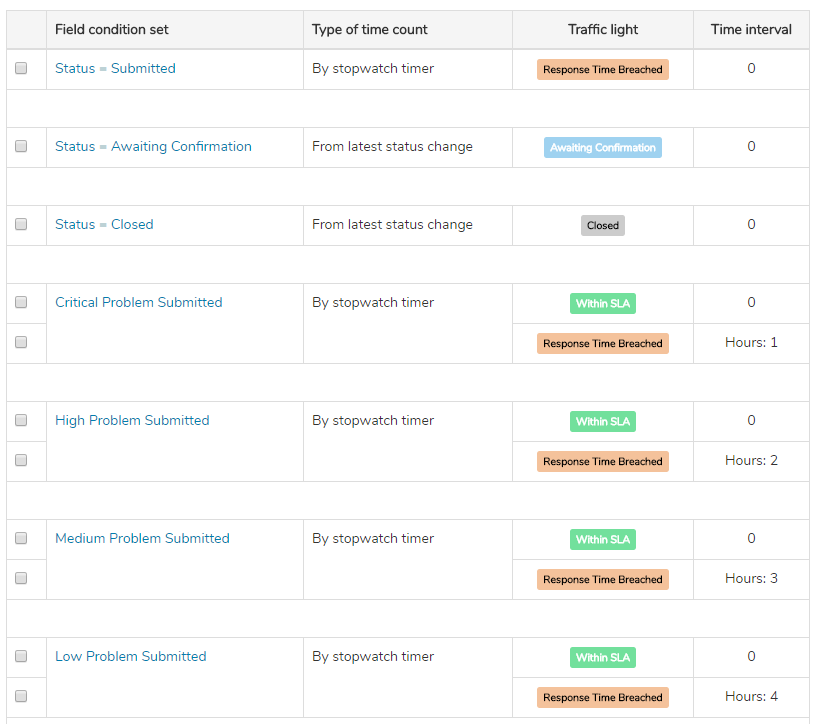 Look further down, to the 'problem submitted' lines. Note that after a time interval of 0 the traffic light is 'Within SLA', but after a number of hours have passed, 'Response time breached' becomes the traffic light.

You'll also notice the 'type of time count' column has two options: From latest status change, or 'by stopwatch timer'.
A timer will run in the background for the benefit of SLAs, and the next two tabs help clarify its purpose. Head to the Statuses tab:

You'll see that with each status, the timer can be started, paused, and stopped.
Generally, you would want a timer to begin when a form is submitted. You would want the timer to stop once the form has reached a closed status.
As you can see from the 'pending further info' line above, sometimes it can be useful to pause the timer.

Head to 'Work time' to define which hours of the day the timer should run: 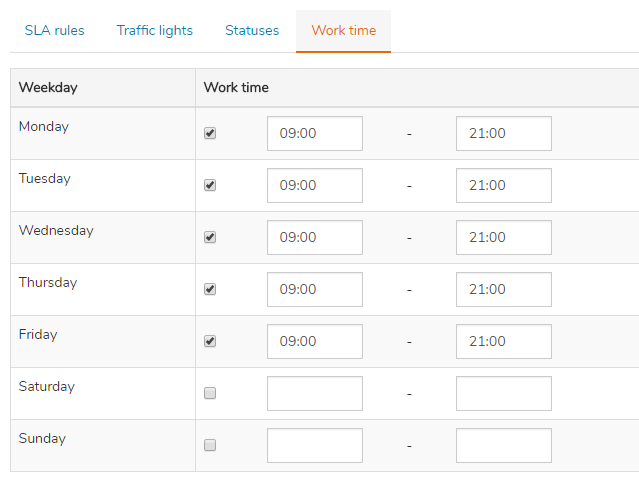 If you wish to see the Infocapture project these screenshots are taken from, it is available for download here.

How SLAs are seen and used

Your SLAs are seen in two places, firstly the traffic light is shown in the left hand column of your ticket lists: 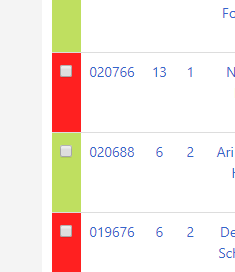 Secondly the traffic light is shown at the top of each form:

You may also wish to send notifications based on your SLA. To do so, perform the following steps: