Included in this article:

As standard, all users will have the reports icon here in the front end of infocapture: 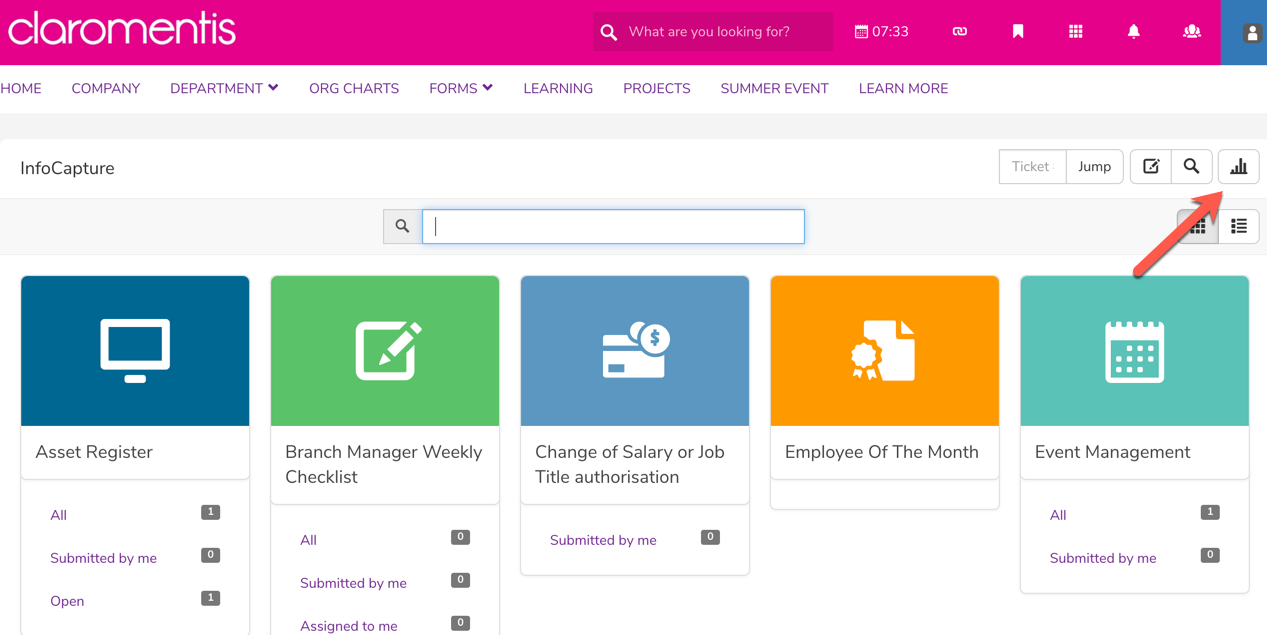 In the scenario that you would like a user to view some reports you have created, you will need to have the permission to create public reports. This is done in the admin side of a Infocapture project, if your name is in the box shown in the below image, you will be able to allow other users to view the reports you have made.

As default, if users aren't added here, any reports they create will only be visible to themselves.

Add the names of users who will need to share their reports here:

Once this permission has been granted, the user will now see a key icon for any reports they have made.

If the owner clicks this key, they will be able to grant other users these permissions: 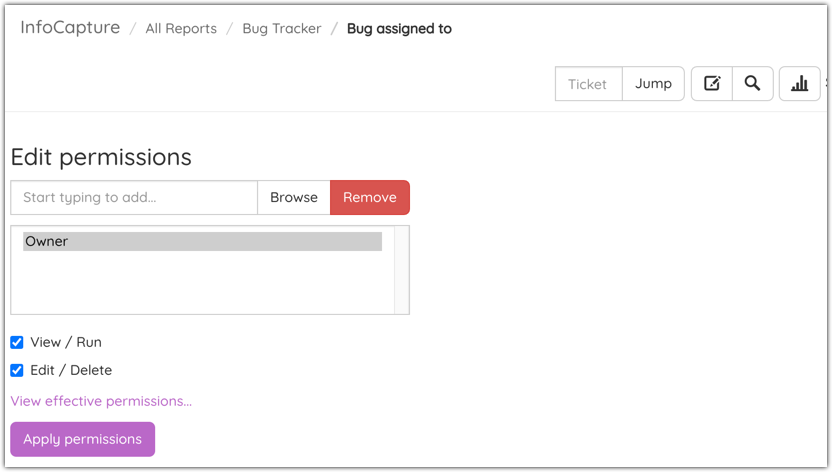 Please note: It is not possible to give another user ownership of this report, only the report creator will ever have the key symbol. If a user who owns the reports is due to leave the business they can enable other users to duplicate these reports like so: 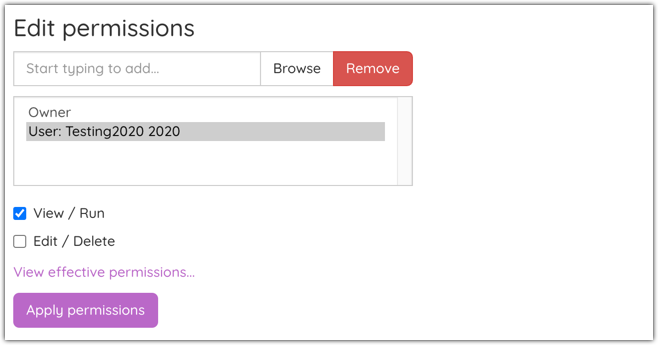 This permission is sufficient in allowing the user to make a duplicate of the report: 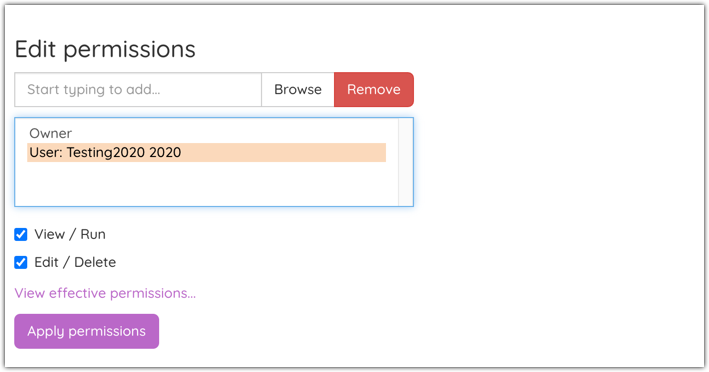 This permission enables the users to:

In addition to this, as the data from these reports is being pulled from specific infocapture forms, the user will need to be granted the 'View reports page' permission for every form in which they need to be able to view any relevant reports: 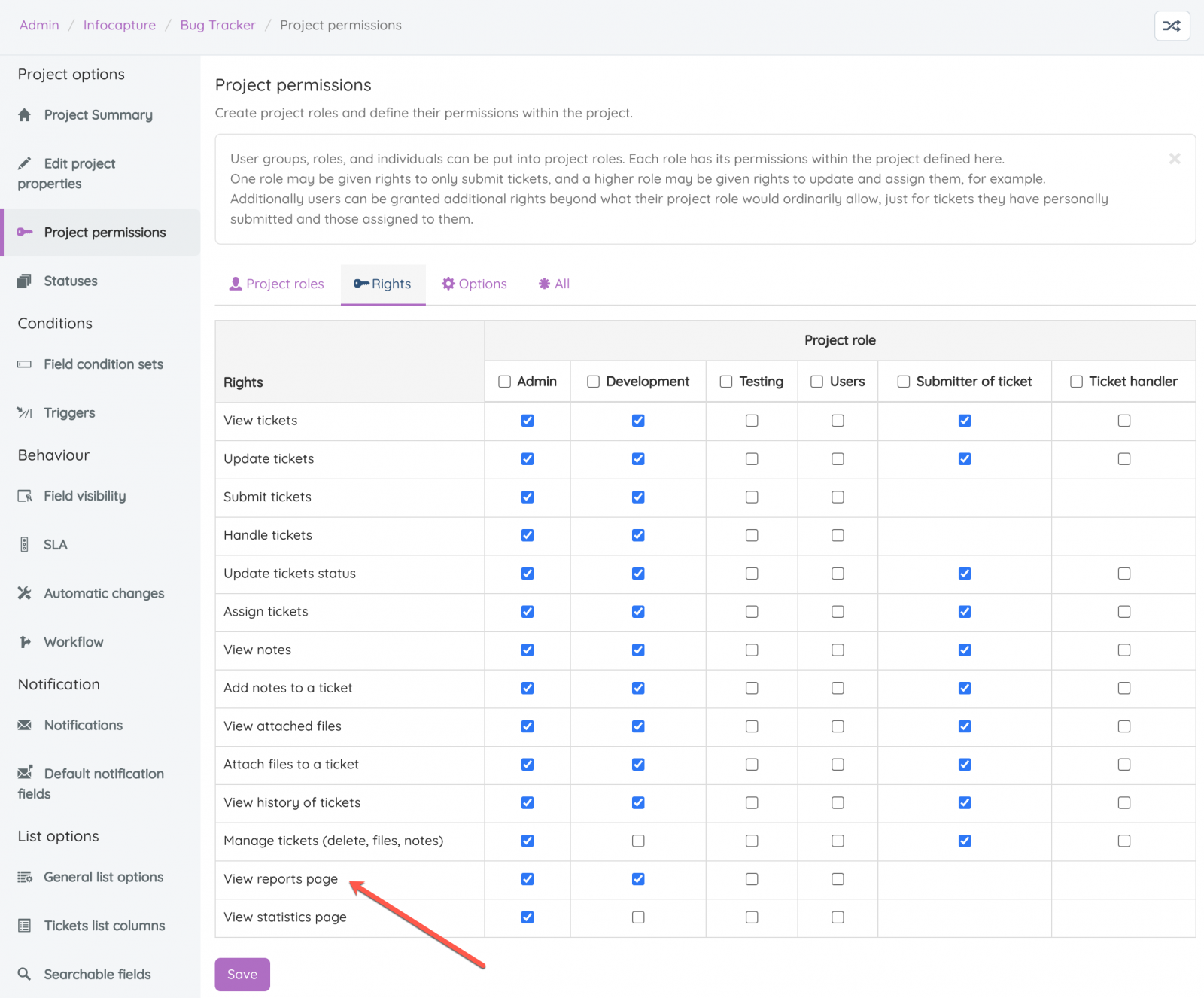 To begin creating reports, you may find this guide helpful.